What to do if attention is lost 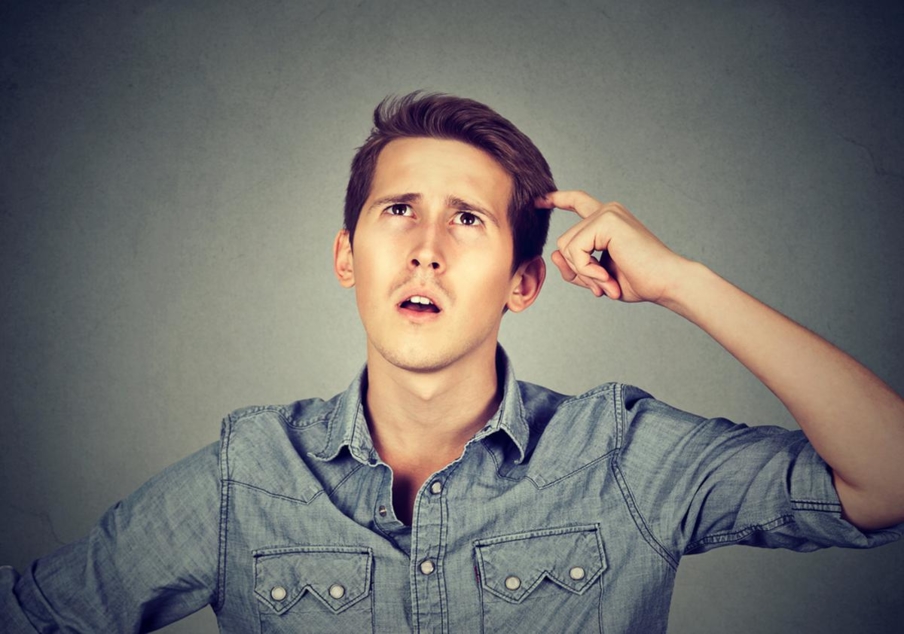 Very often, a person misses important details, looking through information. Complicated information is sometimes so inaccessible to perception that a person wants to get away from it, to distract. Everything turns into a "dry" set of signs - the mind hardly catches a separate meaning.

Often the thoughts that replace information become distracting maneuvers; a person is fixated on unpleasant past problems or something else. The fact is that the perception and understanding of information does not occur without the proper development of concentration.

Perception connects two essential components - meaning and sensory stimulus (consciousness). But, if a person perceived at once all the signals that arrive at the receptors and influence the brain, then even with all its resources he would not be able to manage. That is why, the brain processes the information which the attention is directed to. It affects the principle of selectivity. Along with memory, attention minimizes brain effort.

Attention is the attitude of the subject of perception to the object. This is related to a specific object, which embodies the desires of the subject, goals or means of achievement. It is the real object that objectifies the psychological needs of the subject, dividing the subject and the object in the mind. Before that, personality and emotions are merged into one. Desires and goals, being only emotions, begin to transform into semantic units.

For example, if a person is in a bad mood because of the fact that he did not have time to drink tea in the morning, then along the way he will notice all the cafes on the street. The reason for the bad mood becomes more or less clear. Subconscious work becomes the content of consciousness. Sometimes, when the object of our attention becomes a personal subject, it is called self-consciousness.

In addition, attention acts even more carefully, if it is connected with practical action. An ordinary stone in the courtyard will not cause much interest, but if it is necessary to hammer a nail, its properties - gravity and strength - will be distinguished by attention from the whole surrounding picture. Attention eliminates all non-essential properties of the object and highlights the most necessary for consciousness.

The text, unlike real objects, contains indirect information about the real situation. Thus, the text, in contrast to the direct perception of objects, carries a minimum of information, excluding diverse sensory stimuli. That is why, reading textbooks is even more complicated, attention concentration disappears.

Attention and its important parameters

One of the most important psychological parameters of attention is the volitional orientation of consciousness. It is not enough to have a goal in mind, a strong-willed impulse is needed for its implementation. One-pointedness of emotions and feelings, when the goal does not contradict anything, provokes a person to one or another act. Stressful effort allows you to keep attention from the beginning of the action until the end. For example, read the entire article.

Will affects the smooth progress of consciousness through small goals to the most important one - the priority one, without focusing on small details. A strong impulse has an opposite effect on the target - an overwhelming one. If the goal is not feasible (or the person does not see all the options for achieving it), then it begins to be suppressed, attention is dulled.

Will affects the regulation of our behavior, excluding impulsive and socially unacceptable actions.

Will and attention also determines the mechanism of perception. Its essence is to regulate the overall threshold of feeling depending on the sensory stimulus. With volitional effort, sensitivity to certain stimuli increases, while all other stimuli are suppressed. Thus, the focus of attention can shift, highlighting some semantic figures in space, then others. This is well illustrated by the example of the well-known dual picture: the image of a young girl is can be seen on it,but then, when the focus is shifted, you can see the image of an old woman.

Important characteristics of attention are stability and concentration.

The stability of attention is the time of holding an object in the field of consciousness. It depends on such psychological factors as interest in information, emotional mood, and surrounding noise. The physiological factors include the general condition of the body. The stability of attention is influenced by adding to the information not only one sensory stimulus, but several - a combination of sound and light.

Attention concentration is how strong the attentional stimulus is. With a good focus on a particular action (practical or mental), the mind is able to detail an object and penetrate into its essence. In this process, extraneous stimuli and noise are turned off, intersections of heterogeneous information that are not related to the task are eliminated.

We have involuntary attention from our birth. So, a small child is involuntarily attracted to various bright objects, new people and toys that were not in the room before. As a rule, the attention of the child is very unstable, it is easy to distract. The actions of the game are still inconsistent. In an older child, after two years and up to five, attention plays an important role in the formation of speech. A mutual process of controlling one's behavior with the help of speech and voluntary attention occurs. The development of skills occurs with the help of pointing gestures that cause associations of the subject and the "sound" word.

Involuntary attention has the focus on the satisfaction of the physiological needs of a man. So, a person who has been thirsty for a long time begins to look for a vessel with water, even in the place where it usually does not exist.

A new event or situation involuntarily attracts attention - this is also considered involuntary attention. For example, it is not often possible to see a person walking down the street in winter in one pajamas. He will attract attention.

Voluntary attention is also called volitional attention. A person needs to make some effort himself, for example, to read a boring TV instruction. An important psychological factor is the personal motive, different semantic focus, emotional charge. Attitude to the goal, which was initially unattainable, leads to a bad result.

Moreover, we must speak about the semantic focus. In the case of voluntary attention, the motivational thought “I must” should prevail, and not “I do not want”. Sustained and long-term attention is manifested in relation to new information, if it updates the already known and joins the old experience. For example, a well-studied foreign word is distinguished by consciousness in the text and in speech more clearly than others.

Training attention is to learn to hold it as long as possible on the desired object or thought, not allowing others.

One wise man said: "There are two ways to carry water: just carry water and carry water with pleasure." Any thing that is done must be done with concentration. If a person thinks about the future result of his work, then he does not do one thing, he does two. You should think about the reward for your work or its consequences while doing your staff.

In order not to interrupt your work, not to distract attention to unfamiliar details (for example, when reading), look in advance at the plan (or text). Try to supplement it with missing information.

1. When the physiological needs of the body are not satisfied, attention to other activities is practically absent. Before you start a lesson, you should ventilate the window or take a walk outside, have a little snack. It is worth remembering that overeating does not contribute to good mental work and causes severe drowsiness.

2. Vitamins B, iron, magnesium and protein foods improve the work of the brain.

3. Various odors, for example, the smell of lemon or orange, increase concentration.

4. The development method of concentration: focus your eyes on your fingertips. And try to keep it for a long time, without being distracted.

1. Exercise "Find the letter." Exercise for those who constantly miss small parts (letters) when working. You need to take any text (newspaper or book). Choose a letter, for example, the letter "k". Looking through the text, try to underline with a pencil all the letters "k" that you see. Then the same exercise is done by selecting one word.

2. Exercise "Shift focus." Try to practice shifting your focus when driving in a car. Notice first the glass itself, then the objects that are visible behind the glass. You can also use dual pictures.

3. Exercise "Looking at the green point." It is necessary to take a sheet of paper, draw a green point on it in the middle. Every night before going to sleep for 5 - 10 minutes look at this green point. You can include auto-training in the exercise, this is especially useful for people who strongly doubt themselves. Instead of a blank sheet of paper, use a sheet with the words “I can do anything,” “I am going to succeed,” and so on.

4. Exercise on opening of attention. The greatest concentration of attention is shown in unfamiliar or unusual situations. As soon as the psyche adapts to the changes that have occurred, attention is dulled. A good example is the film “Track-60”, when the doctor first shows the patient the usual cards - the peaks are black and the hearts are red. Then he shows unusual ones where the suit does not match the color. To train such attention, you need to write different names of colors on the sheet of paper that do not correspond to the color of the marker.

5. Exercise to shift attention. Try to perform two actions at the same time. For example, take any book and start reading while simultaneously counting the words in the text.

6. Exercise to turn off attention, the development of observation. For this, it is necessary to release attention, to allow thoughts to come to mind spontaneously, so that thought flows freely one after another. Attention should not be focused on any particular thought. 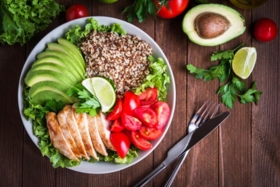 Train your way of thinking
Smart diet: what products have a positive effect on the brain?
4960
Read more » 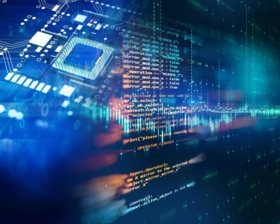 Train your memory
How does the brain remember and store information?
3855
Read more » 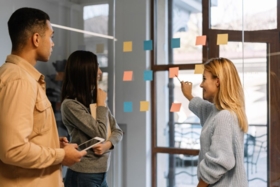 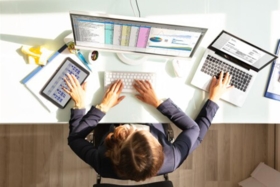 Develop your creativity
Multitasking: how to keep you brain functions?
3470
Read more » 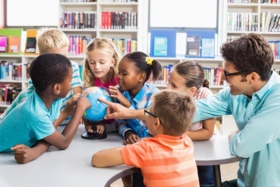 Simulators for children
Why does a gifted child have bad marks?
3825
Read more »
Our products