Daily exercise to train the brain 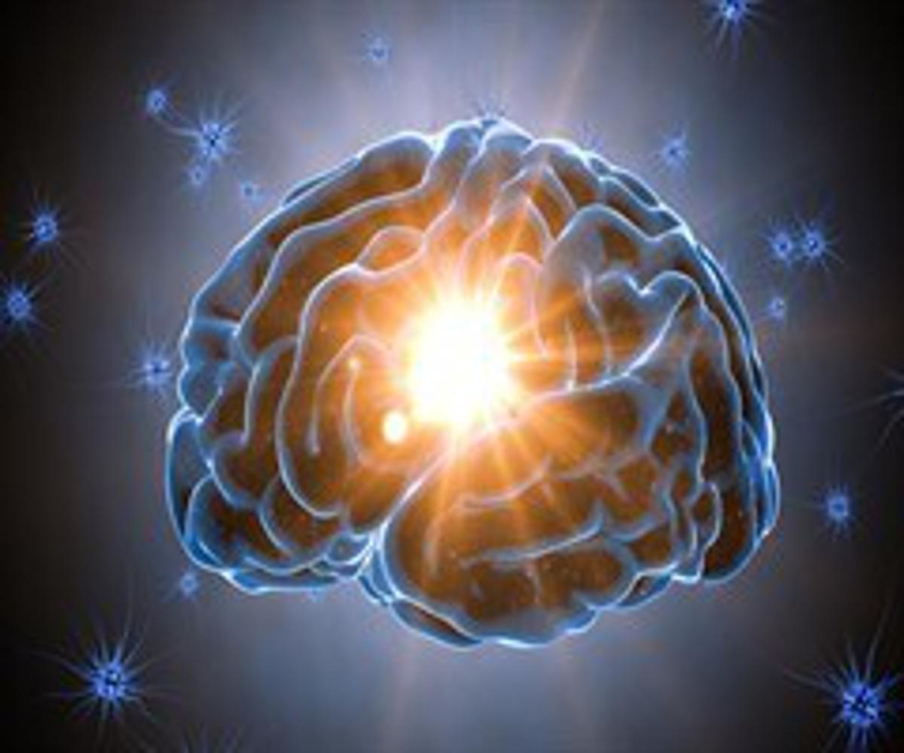 Brain training is aimed at stimulating neural processes and raising the tone, awakening inactive connections. Lessons accelerate the thinking process, organizes it. Changing the state of consciousness opens up potential ways to solve problems, memory improves. Cognitive and physical exercises (for kids, adults and elderly) increase blood supply to the blood vessels of the brain, saturating it with oxygen.

The thought process does not consist of static perceptions or individual emotions. It is a movement of thoughts - analysis and synthesis. All information about the problem is built into a hierarchy of consistent judgments. The human mind operates with objective representations. The mind compares and distinguishes them, puts them in the cells of the previous experience.

However, cells associated with past skills (thought patterns) are not always suitable for solving new problems. Therefore, an update of the structures of consciousness is required.

The process of thought flow is represented as an input and output schemes with different stages of information processing. At the first stage there is a pre-collected knowledge of the problem, the last stage involves the conclusion or the finished result. Between the initial and final stages, there is still a stage of processing - the stage of potential achievement of the result and the stage of choosing an answer, one of all possible.

So, how to improve the effectiveness of these stages of information processing?

Free brain exercises for children, adults and seniors for every day

Before you start the exercise, you need to wake up your brain - drink a cup of coffee, eat candy (glucose is necessary for the work of neural cells). Using an easy workout, turn on the imagination and calm the emotions:

1. Do a simple breathing exercises: inhale deeply and exhale. Exhale as deeply as possible, hold your breath for a couple of seconds and inhale. With this method of breathing oxygen will rush into the lungs and into the blood in the maximum amount.

2. Mentally count from one to one hundred, then in the reverse order. Do your counting as quickly as possible.

3. Adjust your imagination to work - imagine a bright green square. Then, with an effort of will, turn the square into a rhombus, then into a triangle.

The human brain does its job, creating nervous activity in different areas. According to psychophysiology, the function of the right hemisphere is responsible for creativity, emotions and intuition. All our irrational desires and fantasies are kept there.

The right hemisphere is most developed in children, while they learn about the world and the structure of the intelligence is formed.

In an adult, right-hemispheric thinking fades into the background and all work is transferred to the left — logical, verbal. To wake up the creative hemisphere, you must use the part of the body that is controlled by the right hemisphere - the left hand.

Exercises for the development of non-leading hemispheres of the brain

Draw eights in the air simultaneously with both hands. Then try to do two actions at once with different hands: with your right hand, touch the crown of the head, with the other at this time, hit the chest. Learn to type on the keyboard with both hands.

Exercise with the word

Take a pen and a piece of paper, sit at the table. Write down on paper any word that suddenly came to mind. Think of ten sentences that will contain this word.

Wear a watch on the other hand, it will cause a feeling of something unusual and new. Later you will learn to watch time on your left (right) hand. The phenomenon of novelty itself stimulates nervous activity, prevents the brain from falling asleep. It is to accustom the brain to flexibility, constant change.

The game of association and transformation

Take some picture or an object and make up several associations related to the thing. Transformation of the word implies a change of the graphic image, such an exercise is suitable for those who are engaged in foreign languages ​​and translations. For example, change one or two letters in a word, combine phrases into one word, turn it into a close synonym.

Many ancient philosophers expressed the idea that truth is born in a dispute. They used the methods of dialogue and criticism to identify the logical point in the arguments (about God, soul).

In addition to being productive in analyzing a situation, this exercise will be a good trainer for your brain.

However, one modern scientist suggested that the most productive way to create an effective solution would be the parallel reasoning of all participants in the dispute, their unanimous agreement. But this does not mean that all participants should agree on everything. Each of the interlocutors temporarily agrees with the others (even if the decision is contrary to his logic) - a specific opinion is taken into account. Then, participants change the speculative perspective and accept a different or even opposite point of view. Then they compare the thoughts and impressions.

French author of the unique techniques Bono advises to use the method of colored hats. The number of hats corresponds to the colors of the rainbow and each color symbolizes a particular orientation of consciousness to the situation.

The first hat is “black”, this hat means that you should criticize this theory, identify all its flaws and dangers. Consider the negative consequences of her choice.

"Yellow" hat, means sunlight, positive logic. You should think about actions and results, what benefits and values ​​they will bring to you.

"Red" hat means feelings and emotions. In the “red hat” state, all emotions and feelings can be expressed, without limitation, with respect to any matter, theory. Do not choose words, but speak as they come to mind spontaneously.

Anything can be expressed, not a single expressed opinion is condemned or explained.

“Green hat” directs the participant’s thoughts to the creative direction, which means searching for alternative ways to solve the problem. The scope of the possibilities contained in this idea.

“Blue hat” is a state where you look at the result and sequence of operations in thinking. It exercises control over consciousness, sums up the final or intermediate results in the task. Conducts consistent connections between thoughts. Organizes the task as a whole.

The technique is aimed at both the group of participants in the discussion, and for the individual practice of different ways of thinking.

When we need to remember something, nervous tension becomes more intense, starting the process of searching and association. Try to speed up your thinking, recalling the details of the past day or the story from a book read.

To speed up the process of thinking and start the imagination, start reading a little faster than you usually read, try not to stop on the text. At first, follow the text with a pointer. The brain will stop catching a specific text and will move to a simpler level of perception - images, meaning.

One way to memorize is the one-time read method. First of all, it is necessary to learn that excessive mental stress contributes not to memorizing, but to the occurrence of a headache. Think about the fact that the memorized information and numbers do not carry any vital information, you do not need to try to remember it at all. Try to look at the order of numbers or sentences once.

Memory also stimulates reading books without repetitions - do not read the same books many times. You will learn to memorize information, doubling its importance (you no longer have the opportunity to return to it). Moreover, you save time and give yourself a chance to discover something new in the world of information.

When you exercise at home or in a fitness club, you can combine exercises with the thought process. For example, remember all the details and things that occur on the way to work. Scroll through the information needed to prepare for a report or coursework.

Chaos is a rather relative concept. From the point of view of logic, continuous chaos can be observed everywhere in the nature. The mind tries to predict it, to fit into the framework of logic. But periodically, watching the chaos, we see in it new ordered systems, patterns. We recommend to monitor any chaotic phenomena. This may be a game of children in the sandbox, a group of pigeons in the park, the flow of water over the glass during the rain.

Neurologists and psychiatrists advise to relieve stress with essential oils. According to their opinion, citrus smells affect the increase in concentration. The smell of juniper, pine relieve stress, distract from obsessive thoughts.

Diversify your taste sensations - try the dishes, the fruits are the ones that you have not tried. Considering and strengthening one of all the senses can be done with the help of partial disabling the leading ones. For example, when trying to taste an orange or a new dish, close your eyes.

Another experiment - when you take a shower, focus on the sound of water and body sensations, also closing your eyes.

For visual experiments, watching a movie without sound is suitable. Improving the concentration of sensations at the fingertips contributes to the surface of different textures: velvet armchair, silk shirt.

Foreign languages ​​lead to the whole complexes of elements for development of flexibility of thinking. Learning a foreign language will expand the scope of the previous concepts of the word. Through the prism of another picture of the worlds, one can observe other ways of judging and constructing thoughts. Not one thing teaches a deeper and clearer understanding of a native language than a foreign language.

The efficient tone of the nervous system depends not only on mental tasks, but also on the tone of all the muscles of the body. Filling blood vessels in the limbs and blood circulation affect the degree of consciousness, eliminate the errors of illusions. The more intense the mental work is, the more compensation it requires from the body. Muscle movements, blood saturation and nutrition of nerve cells increases a lot. In addition, intellectual activity requires periods of rest, release of emotions.

Table tennis is a good way to have fun and it is a good training. During the game you sharpen reflexes, improve the connection of eyes and hand coordination. The intuition of time is being trained - the moment the ball is hit, the moment the racket hits.

One of the exercises to stimulate both hemispheres of the brain can be a cross step, baby crawling. When you move the right and left sides of the arms and legs, neural signals are integrated between them.

Massage of the jaw muscles (in the region of the articulation of the upper and lower jaw) leads to relaxation of the facial muscles, useful yawning and release of additional energy. 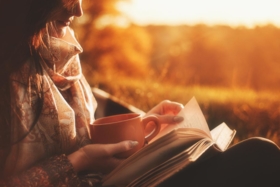 Train your speed reading
When reading direct speech in the brain, areas of the auditory cortex are activated
4042
Read more » 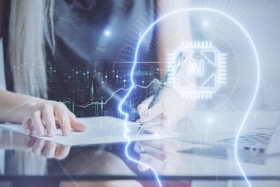 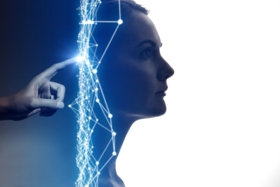 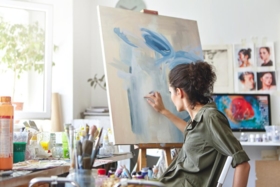 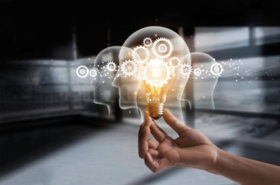 Train your way of thinking
Keeping the brain in good shape: life hacks of famous people
4195
Read more »
Our products

Picture of Words
The “Picture of Words” simulator in a game form develops the memory function and forms the technique of indirect memorizing.
Details »

Cat-and-Mouse
The “Cat-and-Mouse” online simulator is aimed at balancing the hemispheres of the brain - improving interhemispheric interaction and solving spatial problems.
Details »
Start  for free!
Train your way of thinking
Psychology & self-analysis
Develop your creativity
Train your memory
Mnemotechnics
Simulators for children
Train your speed reading
Train your attention
Publish the article and get 200 points!
Send
Premium Plan
Everything forever
All simulators and courses